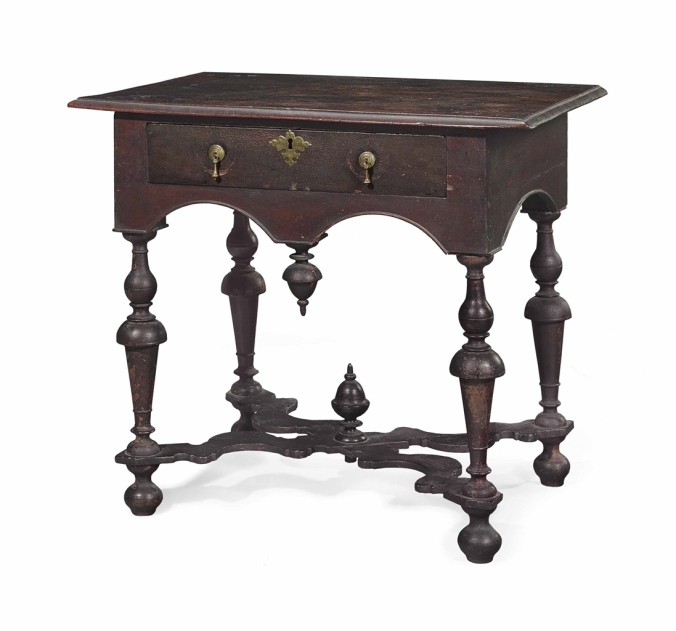 In January we had the opportunity to examine a c. 1715 Delaware River Valley dressing table at Christie’s. Furniture historians have been aware of this table since the publication of Wallace Nutting’s Furniture of the Pilgrim Century 1620-1720 in 1921. It was subsequently illustrated as plate 394 in Nutting’s Furniture Treasury, at the time in the collection of Edward C. Wheeler. Jr. of Boston. Two related tables with similar leg and stretcher designs but with the more common three drawer facade are in the collection of the Philadelphia Museum of Art and Chipstone. I think the cataloged date range is too broad. 1700 would be a very early date for a London version, perhaps 1710-1720 is a more accurate date range.

At Christie’s the table shared an alcove with a pair of Philadelphia compassed chairs and was spot-lit like a movie star, which paid off for Christie’s and the consignor when it sold for $665,000.

The frame and top of the table are mahogany. The catalogue describes the legs as maple. The thick, opaque finish layers on the legs make identifying the species problematic. The legs may be maple, there is also a possibility they’re cherry. In either case, mahogany was not used for the legs. Perhaps a matter of choice by the consumer or more likely, the joiner did not have access to mahogany in large enough dimensions for the leg turnings. 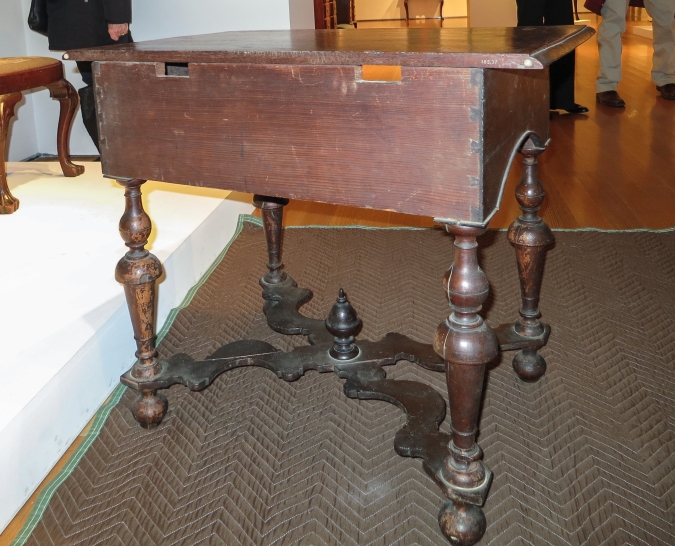 The turning in the middle of the stretchers is replaced. It most likely resembled the original pillar and platform two-piece turnings that survive on the related tables. The single, turned drop on the front rail does appear to be original.

The drop and the legs are round-tenoned into blocks glued and nailed to the interior of the frame. 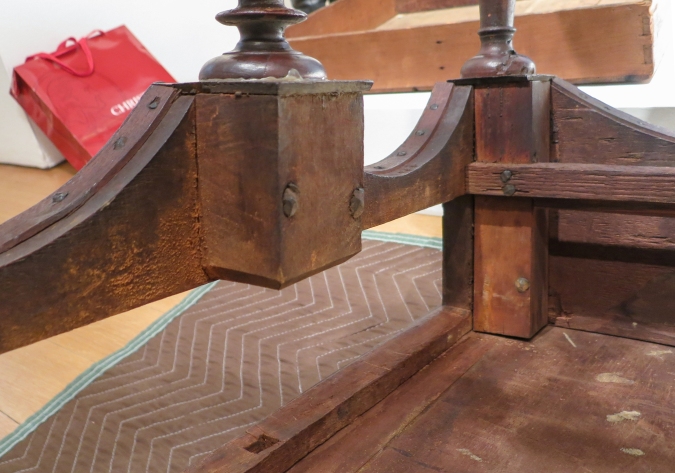 Thin mahogany strips bent to curves on a heated pipe are nailed to the bottom edge of the front and sides. Used on veneered frames, they would protect the vulnerable, exposed edge of veneer. They are redundant on solid wood furniture yet the tradition and aesthetic lingered in Philadelphia where solid wood construction was preferred.

Quarter sawn hard pine drawer sides and riven Atlantic white cedar bottoms nailed to the sides, back, and a rabbet in the front. 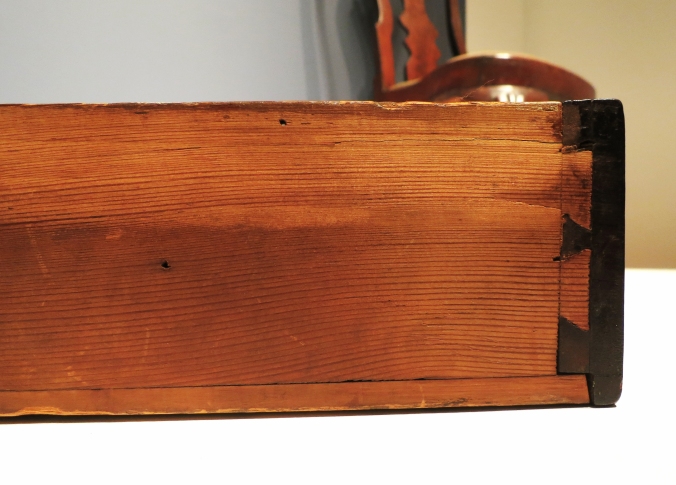 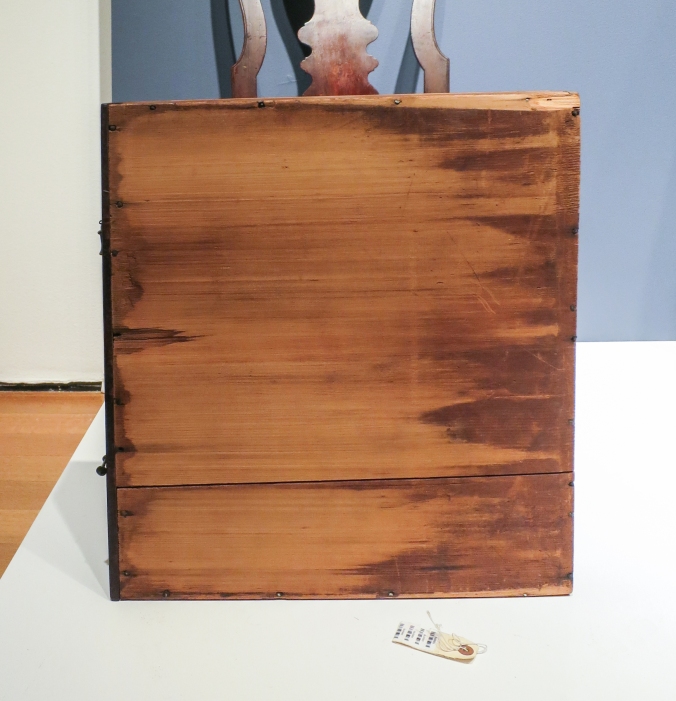 The dovetails on the sides of the drawers were scribed before being sawn.

Saw kerfs extend only slightly into the drawer front to help in wasting the notches in the front for the tails of the sides.  The saw kerfs are measurably thicker than those left by saws made after the middle of the eighteenth century, most likely the joiner used a saw of hammered iron, not one made from rolled steel.

There was one bit of information the catalogers at Christie’s had not unearthed during their research of the table. The table had previously been auctioned at the sale of the estate of Robert T. Vanderbilt of Green Farms, Connecticut in November 1957 for $4,040.

It was a great pleasure to finally get to meet the little table whose whereabouts had long been a mystery. My object file is on it has grown exponentially.