These carving gouges came to me at different times with other tools that were more easily put in working order. They have been rolled up for years waiting for restoration. To some, their condition would seem too far gone, too much, and too deep, pitting for them to be able to hold a keen edge. 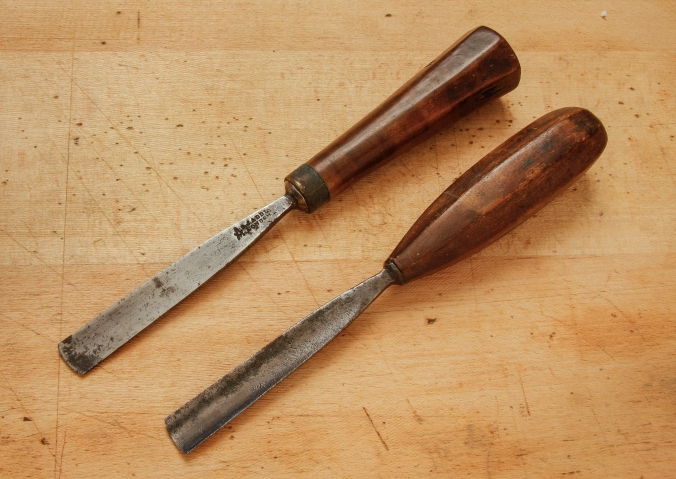 They are both marked with a crossed compass and square followed by S.J. ADDIS/LONDON. The upper tool in the photo below has the Addis imprint on the back and no sweep number, the lower tool has the imprint on the front and is marked “3” on the back, indicating it is the flattest or slowest sweep gouge as designated by the Sheffield List or the London Pattern which had recently been introduced by Sheffield, England edge tool makers to easily identify the shapes of their carving tools for what had become an international market. Both these tools were likely made in the 1880’s by the edge tool makers Ward and Payne, Sheffield, who purchased the trademark “S.J. ADDIS” after his death in 1871. For information on the Addis family of edge tool makers click here. 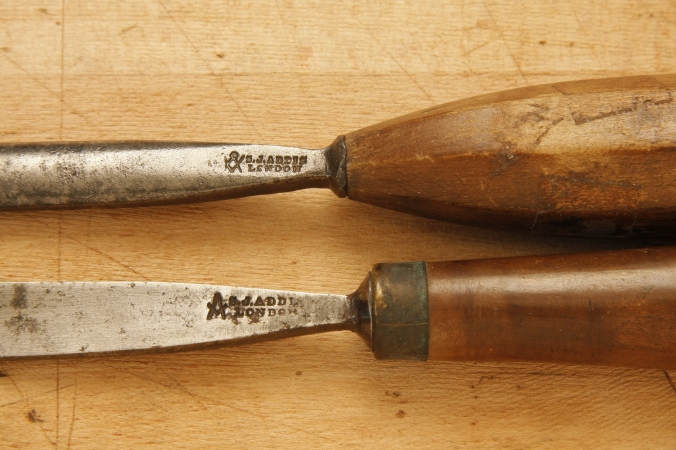 The shape of the cutting edge of the gouge that is not numbered falls between a #6 and #7 on the London Pattern sweep list. Was it made before the numbered sweep system was adapted or, as is often the case with numbered carving gouges made in the 1880’s and 90’s, close enough was good enough?

The three quarter inch wide gouge has less pitting on the upper surface and it is not as deep but it mostly occurs at the cutting edge. The cutting edge is also quite rounded rather than kept straight across and perpendicular to the sides.

The #3 stamped on the back. There is pitting on the back bevel. This is usually not a concern in a carving gouge as enough metal is removed during the reconditioning process to move past the bottom of the pitting.

An inner bevel has been created on the upper surface of the unnumbered gouge moving the cutting edge closer to the middle of the tool. Enough metal was removed that the cutting edge is now below the deepest pitting and a straight, sharp cutting edge could be formed. 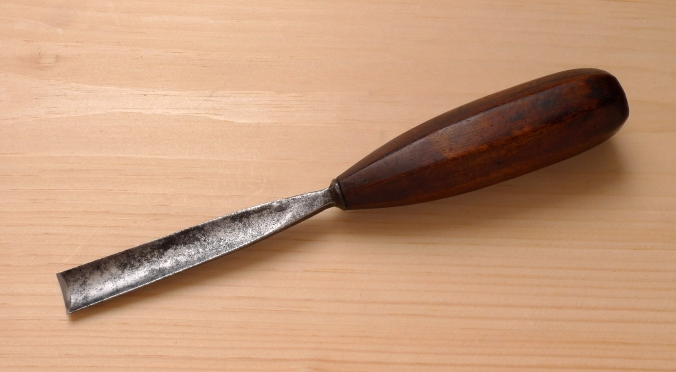 A view of the top of the gouge shows the pitting that remains on the surface behind the inner bevel – the bright, polished reflection seen along the cutting edge at the bottom of the photo below. 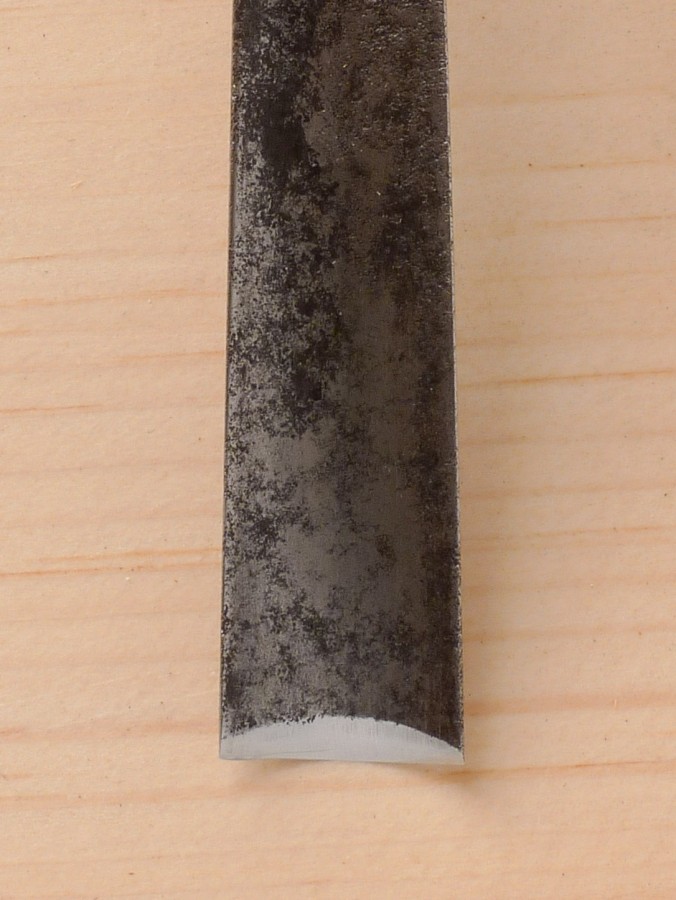 The pitting on the back bevel was removed during the shaping process. Coarse sharpening stones followed by Translucent White Arkansas bench slip stones, then stropping on leather impregnated with a fine metal polishing paste creates the smooth, mirrored surface on the bevels and a sharp cutting edge.

A long inner bevel was also put on the #3 gouge where it becomes particularly useful when the tool is used upside down to shape convex surfaces.

The flat, polished back bevel of the #3. The cutting edge is now straight and perpendicular to the sides. 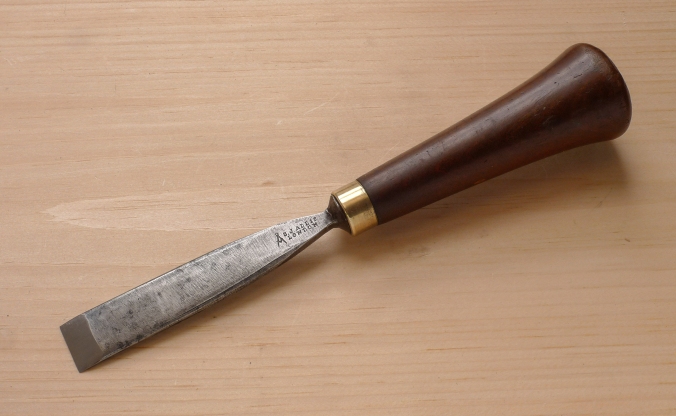 Shaped and sharpened after years of neglect, I’m now working with both these carving gouges for the first time. They are not the length they were when forged in the 1870’s but they still have several generations of carver’s use in them. The handle on the gouge at the top of the photo below feels a bit short and the bulge and the end of the handle on the lower gouge makes subtle control a bit difficult. But they’ve been part of tools for some time, likely since the last professional carver used them and it’s possible they are original to the gouges. I won’t be modifying or replacing them with more comfortable handles. 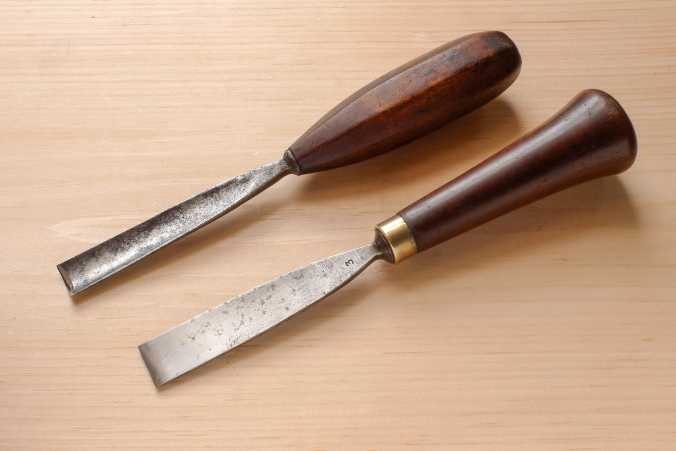