For nearly a decade the American furniture market has been awash in highly ornamented 18th century Philadelphia tea tables, with newly discovered elaborate tables turning up on the market every few years. I recently examined a table previously unpublished and unknown to the field that is scheduled to be auctioned January 31st. It is very close in appearance to a table in the collection of the Metropolitan Museum of Art. The catalogue description of the table selling in January suggests the possibility that the two tables might have been made as a pair. This idea, that paired scalloped top Philadelphia tea tables might have been made for a single client to be used in  single or multiple rooms is an interesting one. Are there extant estate inventories documenting pairs of tables? Are there invoices where pairs of tea tables are shown being purchased at the same time as pairs of card tables so commonly were? And what does it mean in the mid-18th century to be a “pair”? When looking at objects through the telescope of an age where there might exist millions of objects identical practically down to a molecular level, when is close enough good enough? More about that later. Here are a few details of the newly discovered table. 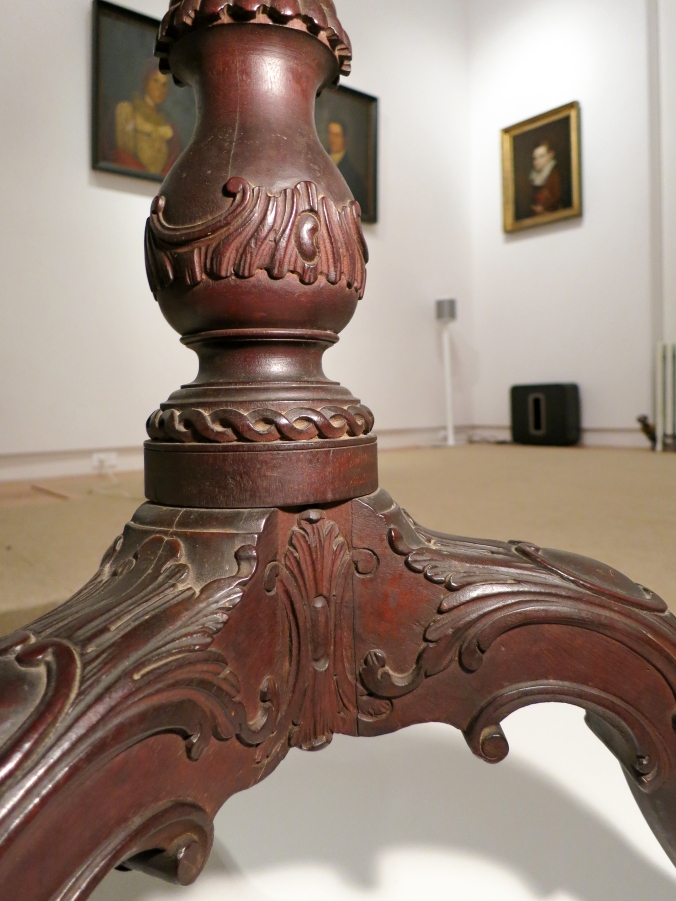 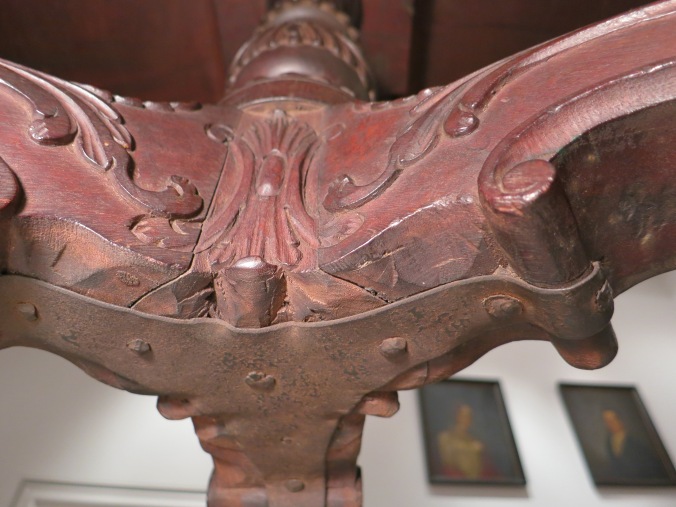 5 thoughts on ““Better to be deprived of food for three days, than tea for one.””