In answering a comment in the previous post I listed the different forms that can be attributed to the Bartram family joiner.  They include tea tables, stands, oval tables, three drawer and single drawer dressing tables, tables without drawers, chests of drawers, chests over drawers, spice boxes, and spice boxes on frames.  All of these forms but one have been published, though some of the publications are auction catalogues not generally or easily available.  (I’ve provided images in this blog of some of the objects at auction and also construction details and images not available anywhere else.)

The one form not previously published is a table without drawers. 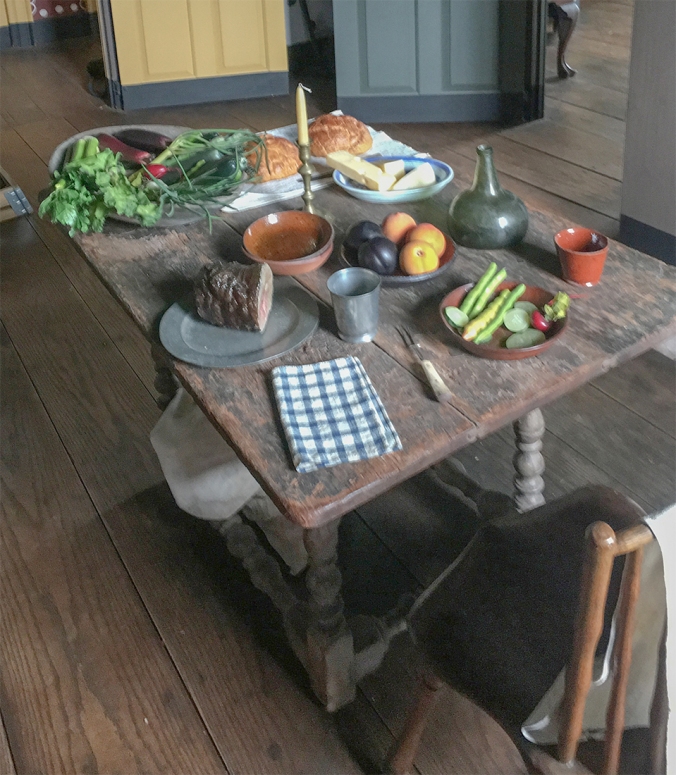 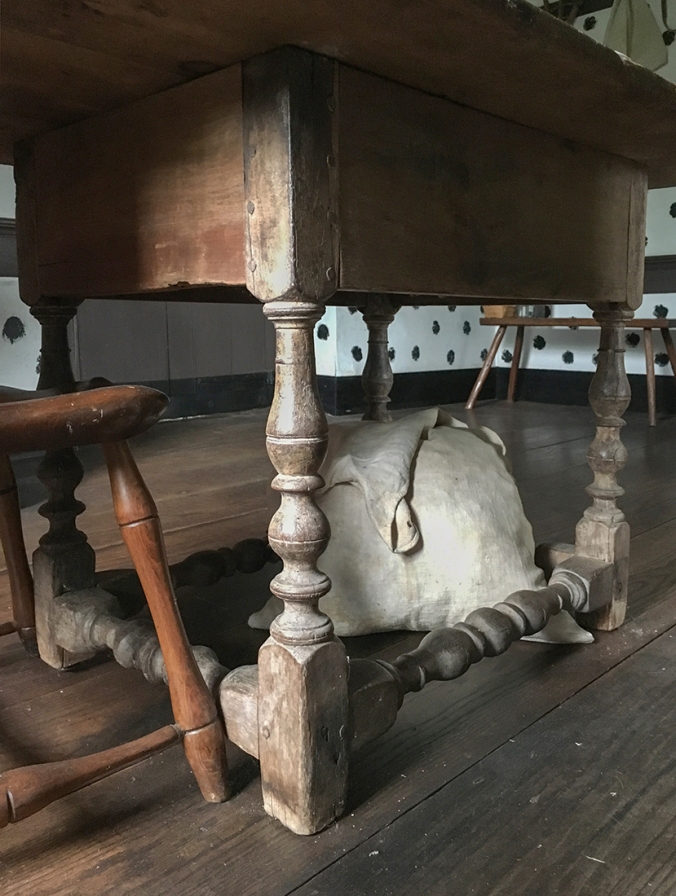 The table is part of the furnishings of the house museum at the Peter Wentz Farmstead, Landsdale, Montgomery County, Pennsylvania, about 25 miles from Philadelphia.  Like most furniture made in the early eighteenth century, it came to the Farmstead with no provenance other the the name of its last owner.  It is relatively plain and uncomplicated but the turning profiles of the legs and stretchers have the distinctive design vocabulary of other objects attributed to this shop.  In  marketplace jargon this would be called a “farm table”, “tavern table”, or “work table” and most likely be given a rural attribution, far from Philadelphia.  But as we learn from John Head’s account book, joiners capable of fashioning the most up-to-date and expensive forms also supplied simpler, less costly objects when required.

This table though is far from the plainest tables being produced at the time.  While there is no drawer, the legs, and most especially the stretchers, did not need to be decoratively turned for the the table to serve its function. 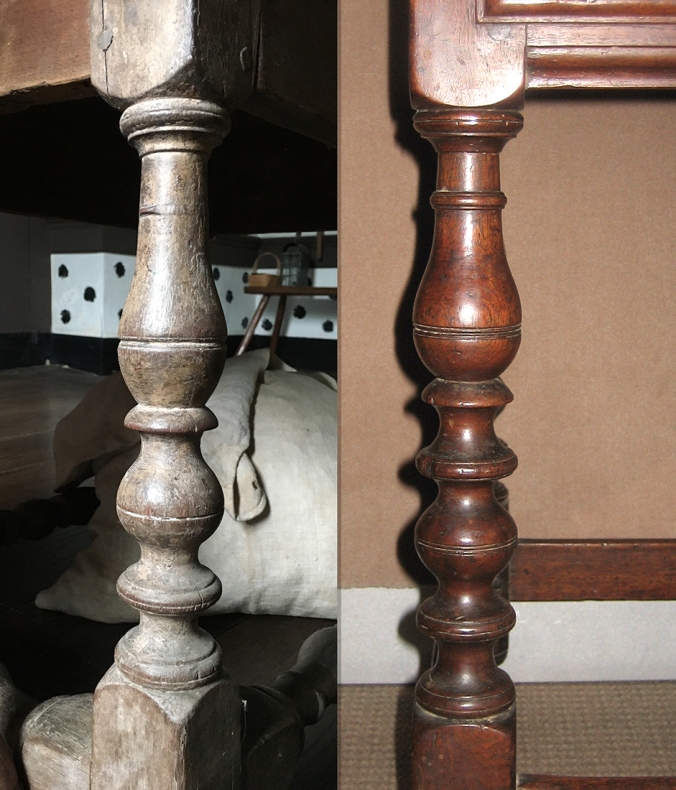 Comparison of the Wentz Farmstead table leg and a leg from a single drawer table attributed to the Bartram family joiner. 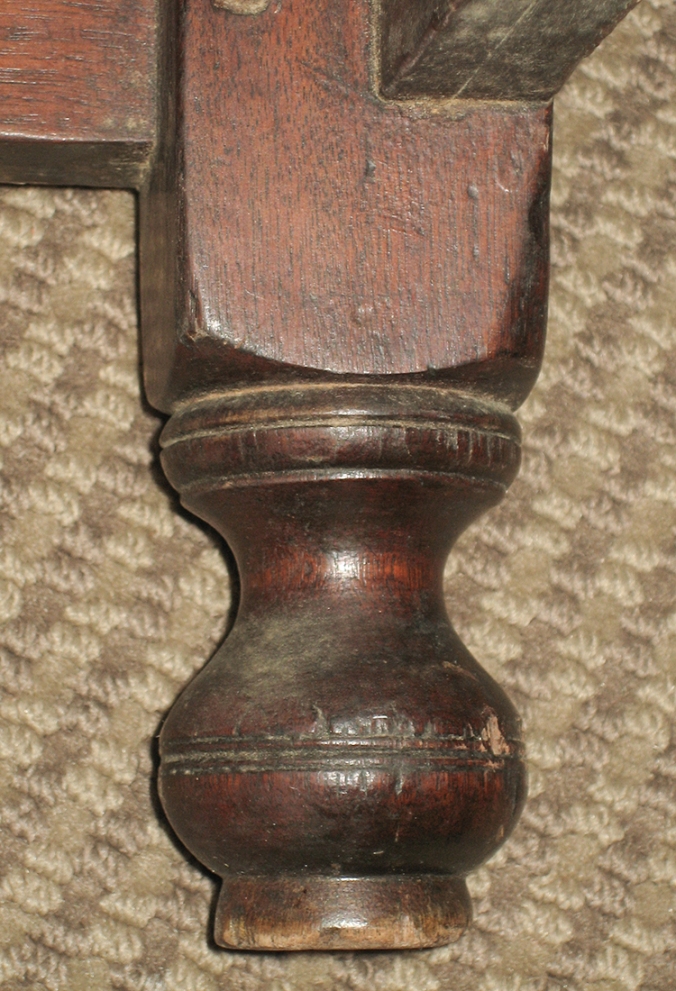 The turned feet of the Wentz Farmstead table are missing. They would have looked like the foot shown here from the single drawer table shown in the previous slide.

The kitchens of rural farm houses  certainly needed “farm” and “work” tables but so did townhouses in cities.  John Head had a separate 18 by 9 foot two-story kitchen behind his house that required a table for food preparation.  Might he have made a table such as this in his own style for his family’s  use?

We know that in 1735 Head sold a “a Square walnut Table” to James Steel for which Steel was debited one pound.  It is easy to imagine that it closely resembled the Wentz Farmstead table.  (“Square” tables in the eighteenth century had rectangular tops.  The use of the term  “square” was to differentiate a table with a sawn rectangular top from one with a round or turned top.)

9 thoughts on “To a Square Walnut Table”