I recently spent the day working at the Burlington County Historical Society in Burlington, New Jersey. While there I was able to examine and photograph what is, for me, one of the treasures of their collection – a carved-wood pattern used to produce one side of a ten-plate cast iron stove. A small number of complete cast-iron stoves along with numerous chimneybacks and disassociated stove plates made in the Philadelphia region during the second half of the eighteenth century survive, but less than a handful of the carved wood patterns used to make an impression in moist sand into which the molten steel would be cast are extant. Primarily produced in furnaces in the Schuylkill Valley and West Jersey, or South Jersey as it is known today, six-plate stoves were introduced about 1760 and ten-plate stove were probably being made by the early 1770s.

In 1766 a dam was built on the Batsto River near its junction with the Atsion and Mullica rivers and the Batsto Furnace was established. The mahogany side-plate pattern at the Burlington Historical Society was probably carved in Philadelphia c. 1775. Its low-relief blend of rococo and neoclassical elements marks the end, in the eighteenth century, of carving playing the primary role in the decoration of furniture and other objects produced for, and desired by the gentry. The winds of many changes were blowing.

Enjoy the photos, they will open to full size when clicked on. 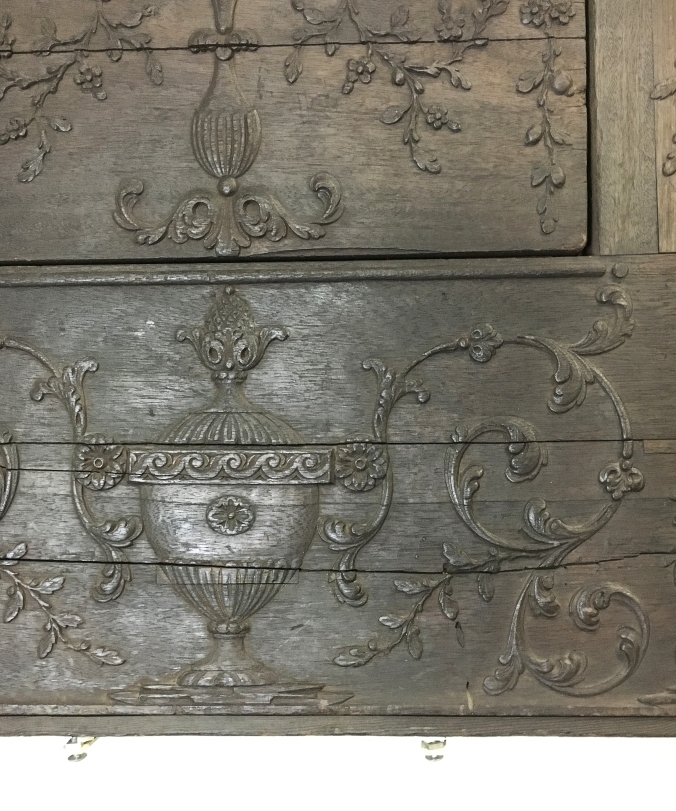 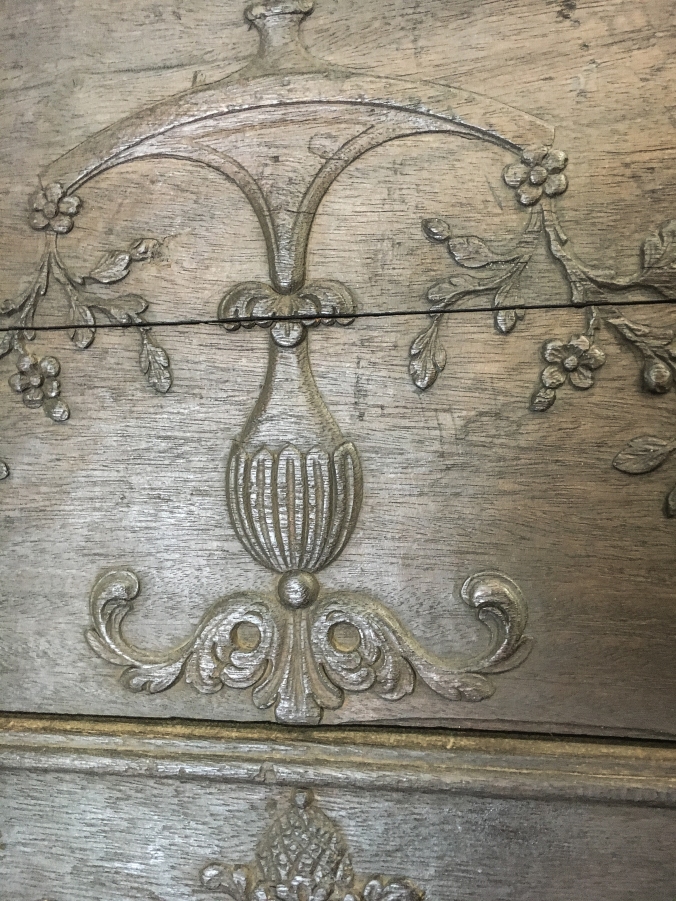 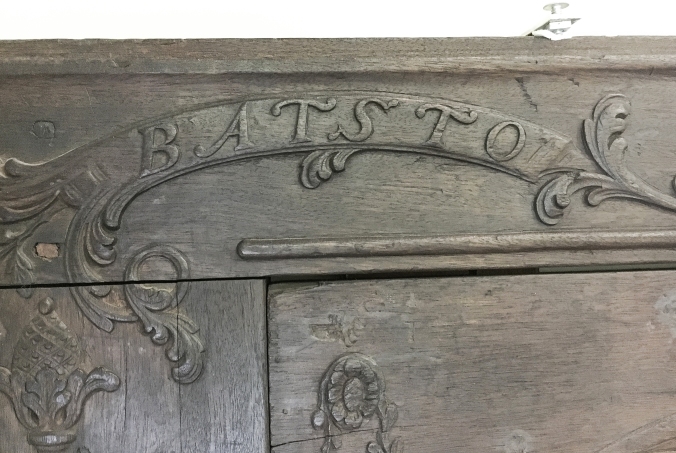