The size of the pattern is 26 inches high and 33 inches wide. The ground of the relief carving is on the shy side of 5/16 of an inch below the upper surface. I don’t believe a router was used to lower the background. It’s difficult to see in the photographs but the ground has an undulating surface, even with some areas of slight tear-out as the flat carving gouge used to produce the ground was worked across the grain, the carver knowing the tear-out would disappear in the iron casting.

At the HABS site I found photographic copies of older photographs of the carved pattern now at the Burlington County Historical Society and a six-plate stove that used the pattern for the sides. I had previously believed that no stoves made with this pattern survived, but one did, at least until sometime in the late 19th/early 20th century. It appears to be in an advanced state of deterioration and I do not know of its present whereabouts. We also now know that a side pattern for a 10-plate stove was at times adapted for use in a 6-plate stove. And we know the design of the front plate pattern that accompanied the sides, a large urn with trailing leaves and flowers.

6-plate stove made with pattern in the Burlington Historical Society.

Thanks must go to Charles Cunningham who donated the pattern to the Burlington County Historical Society in 1934. I wonder if it could be found out how he came by it. Picked it from a pile of discarded wood patterns at Batsto?

No discussion of Pennsylvania and New Jersey stove plates can fail to mention the Mercer Museum in Doylestown, Bucks County, Pennsylvania, a little over 30 miles north of Philadelphia. Among the tens of thousands of artifacts Henry Chapman Mercer collected for his museum were hundreds of stove plates. You can examine them in the “stove plate room” at the top of the museum.

A corner of the Stove plate room at the Mercer Museum.

It was over 30 years ago that I photographed the carved mahogany front plate pattern for a cast iron stove, seen below, when it was displayed in a Plexiglas vitrine in the center of that room.

I’ve just done what the HABS photographer did in the 1940s, made a photograph of a (my) photograph so the image in it could be freely shared and not lost to time. 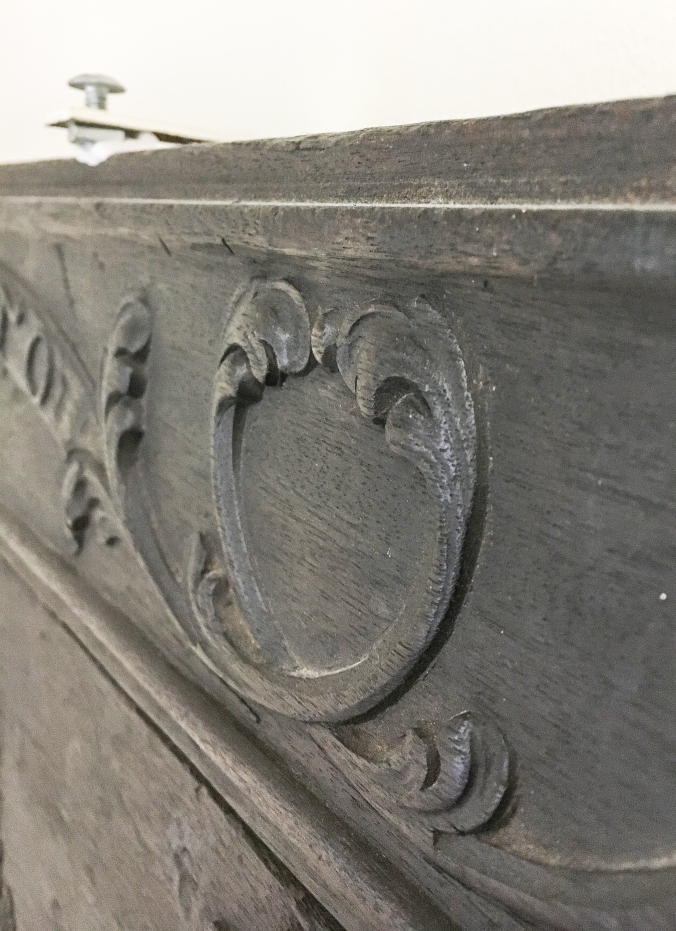 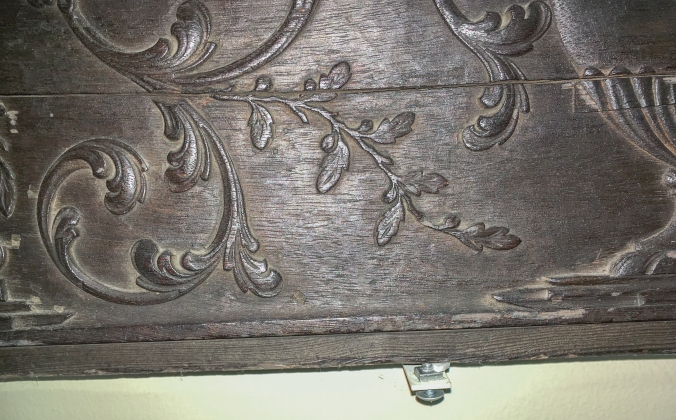